designLED CTO Dr. James Gourlay was delighted to join an esteemed lineup of speakers at the ISELED Virtual Conference on 03.09.2020, the first in a season of upcoming industry web conferences.

His talk was a short discussion about why designLED have joined the alliance. He made it clear that from designLED’s experience of lighting in the automotive industry, that an alliance like ISELED has been needed to develop and prove the new LED technologies, set standards and importantly, derisk the deployment of LED lighting into the new and emerging automotive Use Cases.

James was very pleased to see that the ISELED alliance is expanding and with an even wider range of companies and organisations covering many different aspects of the value chain. The first ISELED cars have gone into serial production in China and there are plans for more. This is an important step forward.

He was also interested in the ILaS bus concept (ISELED Light and Sensor network), which is an extension of the original ISELED protocol. With ILaS not only LED elements, but also other components such as matrix LED lights, sensors and actuators can be controlled in large numbers via a simple two-wire connection. This also supports designLED technology which allow the integration of sensors and other intelligence into the light tile device itself, creating a smart and intelligent system from a relatively dumb light source.

It is inspiring to share and discuss the latest innovations in the automotive lighting industry, despite ongoing challenging global circumstances. Next up on our conference agenda is the prestigious DVN Smart Interior Virtual Conference & Expo Platform on 24.09.2020, which will include a designLED virtual booth and a talk on Interior Surface Backlighting from CTO Dr.James Gourlay.

Light Is The New Chrome

designLED is proud to present our vision of the near future of Automotive lighting. We are making this happen with our unique technology, now.

DesignLED are looking forward to exhibiting at the DVN (Driving Vision News) Lighting Workshop in Munich, January 28-29th 2020. DVN is a global community of networked experts sharing information about lighting, driver assistance systems and car interior innovations. Topics to be explored at the conference include the new level of driver and passenger experience facilitated by ambient lighting, interior surface material trends and the latest technologies involved.

We are excited to showcase our next generation automotive demonstrators, including examples of RBG, dynamic, edge to edge lighting solutions which will enable these new and future automotive interior experiences. Our CTO, Dr. James Gourlay, has been invited to do a special speaker session at the event.

CEO Stuart Bain and CTO James Gourlay have just returned from Japan, where they were visiting automotive leaders in the region. They discussed how DesignLED technology (such as addressable RGB surfaces and integrated capacitive switches) can enable the accelerating market trends in interior lighting and facilitate new interior vehicle experiences.

There was an excellent response in Japan to the core elements of the DesignLED value proposition for interior car lighting – end customer attraction, space and cost efficiency, and unique performance and quality.

The team were also highly impressed with the regional Automotive sector knowledge and support received from DVN (Driving Vision News) in Tokyo and already the relationship with this expert network is proving invaluable. 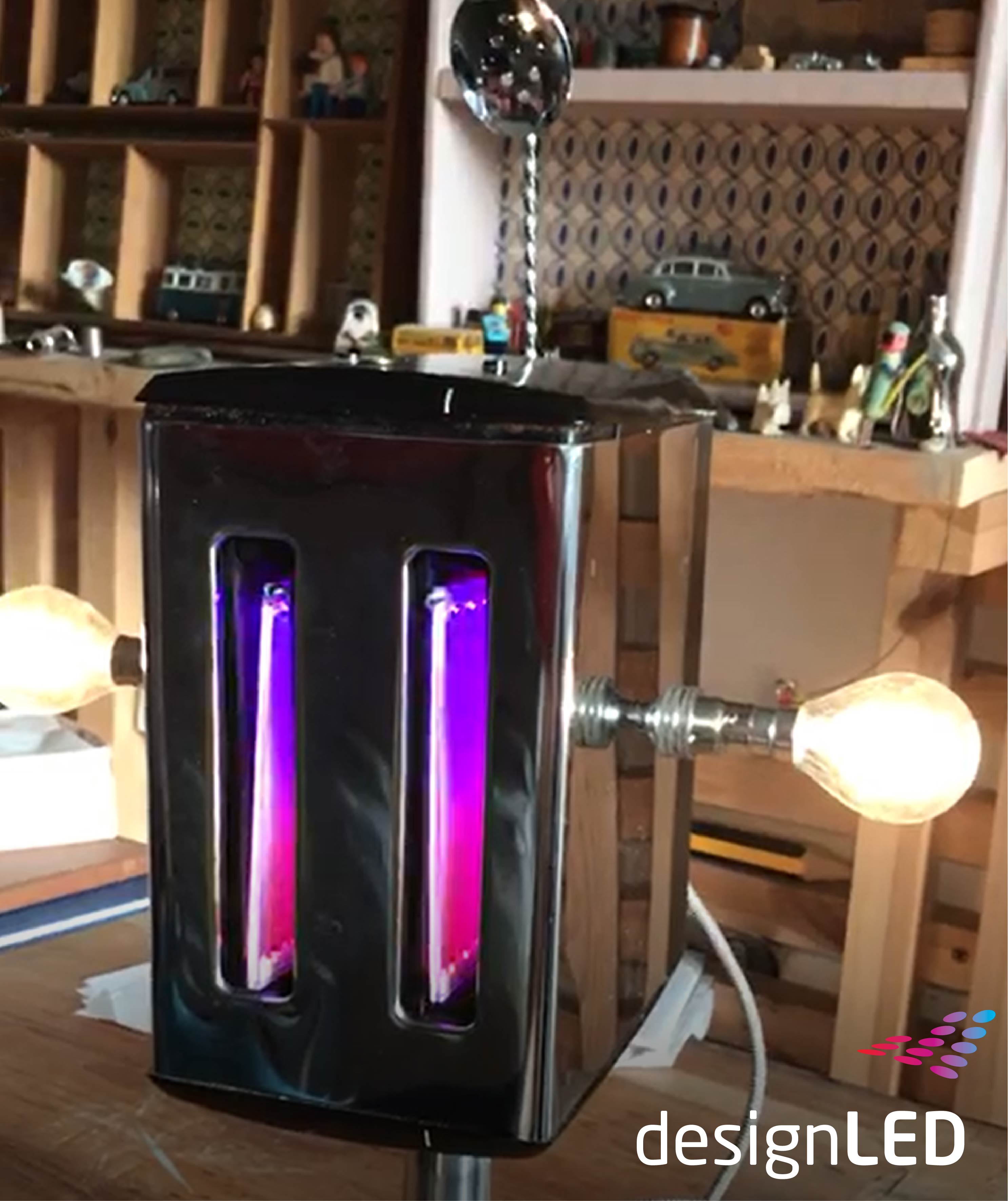 In a “slight detour” from our usual Automotive lighting activities, the design team were recently tasked with an unusual request, to create an illuminated ‘toast’ light tile, to celebrate special memories for our CFO’s parents’ anniversary. The team had fun creating this gift, which showcases the unique versatility of DesignLED technology: dynamic light, custom form factor and uniform “toast” area.

PHENOmenon is a Horizon2020 Photonics project, to develop a revolutionary laser-based manufacturing process for custom holographic optostructures, through nonlinear photochemistry. The project has received funding from the European Union’s Horizon 2020 research and innovation programme under grant agreement No 780278. PHENOmenon project is an initiative of the Photonics Public Private Partnership.

We've seen significant developments in the simulation of potential performance, together with developments in materials and processing. We look forward to the working with the consortium in 2020, in building demonstrators which offer potential future gains in performance across sectors like Automotive.

Our CTO and founder Dr. James Gourlay BEng Ph.D. is in Darmstadt this week for the International Symposium of Automotive Lighting. Each year, ISAL is one of the largest and most dynamic international exhibitions focused on automotive lighting. The symposium brings together international designers, engineers, scientists, and key players to discuss the latest research and developments in the industry, and promote a bright future for automotive lighting. Get in touch if you would like to meet James in Darmstadt, to hear about our latest breakthroughs!

DesignLED joins the ISELED Alliance, an international group tasked with the aim to provide a complete system solution for automotive lighting solutions. At DesignLED we are proud to contribute our unique expertise to this international collaborative effort at the forefront of the industry, pushing boundaries and defying convention. Take a look at some of the user-centric technological innovation ISELED have been involved in thus far, here.

Did you miss our stand at Stuttgart? You couldn't make it to the show? No worries, here is a recap with our founder Dr James Gourlay BEng PhD.

We are heading to the Automotive Interiors Expo 2019 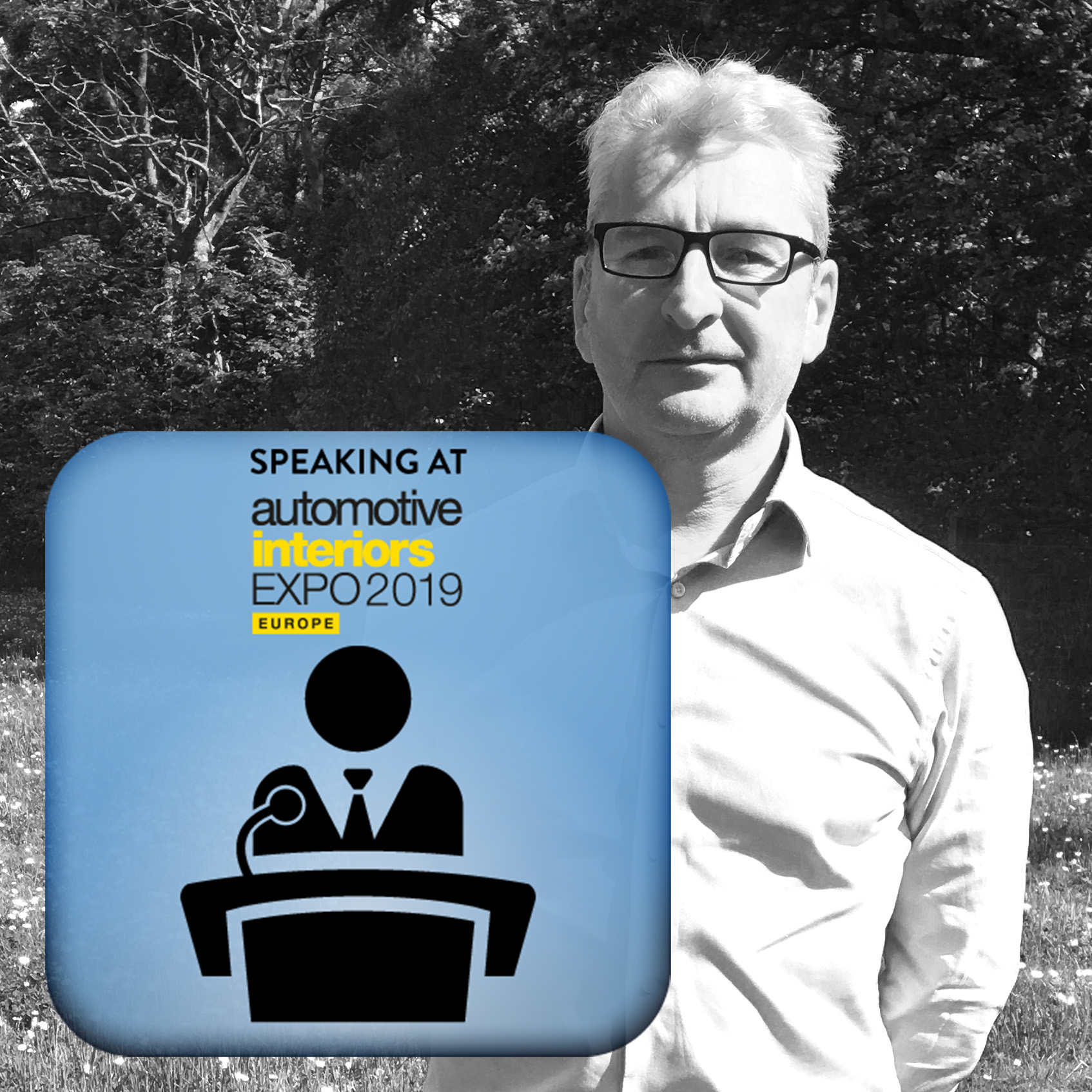 We are heading to the Automotive Interiors Expo 2019

Make sure to visit us at our stand in Messe Stuttgart, Hall: 4 Stand: A4522 between the 21st and 23rd of May. You'll be able to experience first hand our vision for the future of interior lighting in cars as well as a possibility to meet our CTO and founder Dr James Gourlay BEng PhD after his talk on Uniform backlighting with composite light-guide at 12:30 on Tuesday the 21st. For more information click here. 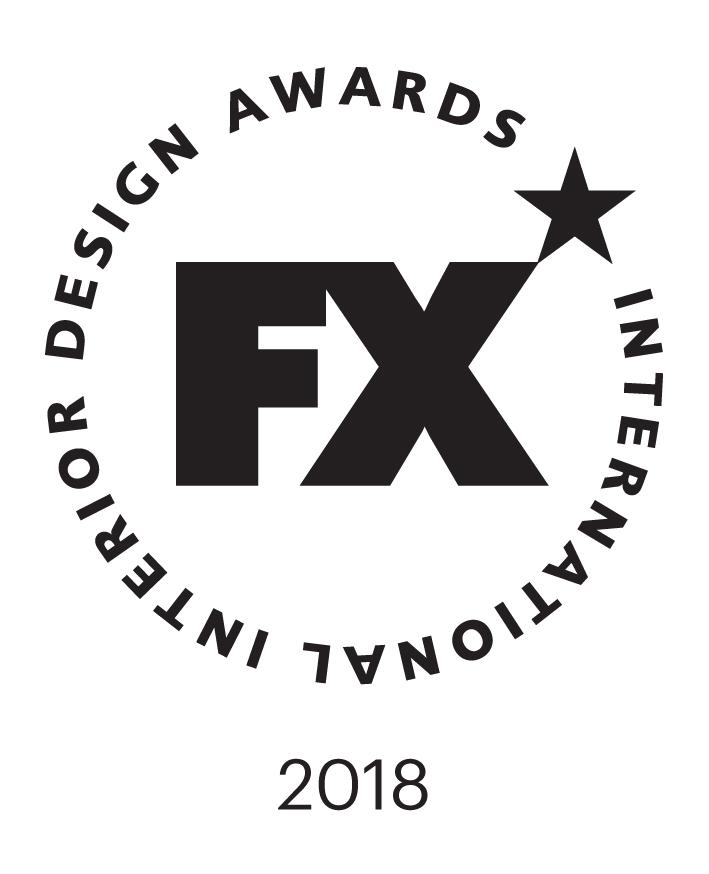 We are extremely proud to have our next generation technology platform shortlisted in this year’s FX international interior design awards. A game changing solution allowing designers to easily backlight decorative surfaces in a thin, scalable and uniform package. The panel of judges include experts from the industry, ranging from designers and architects to contractors and clients. Hence, a perfect indication that our developments are meeting a need and are in the right direction. The ceremony will be held the 28th of November. For more information visit http://www.fxdesignawards.co.uk/ . 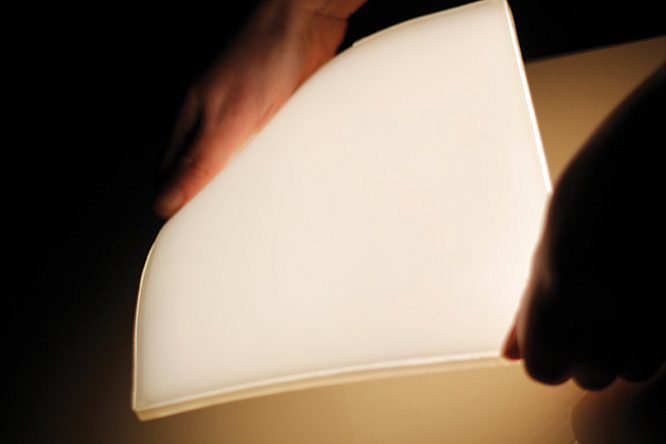 On Day One of the founding of the Company, the Vision was and still is, to deliver on the original promises of OLED for the General Lighting Market.

Today under the Platform banner of “Nevis” that Vision is materialising before our very eyes. 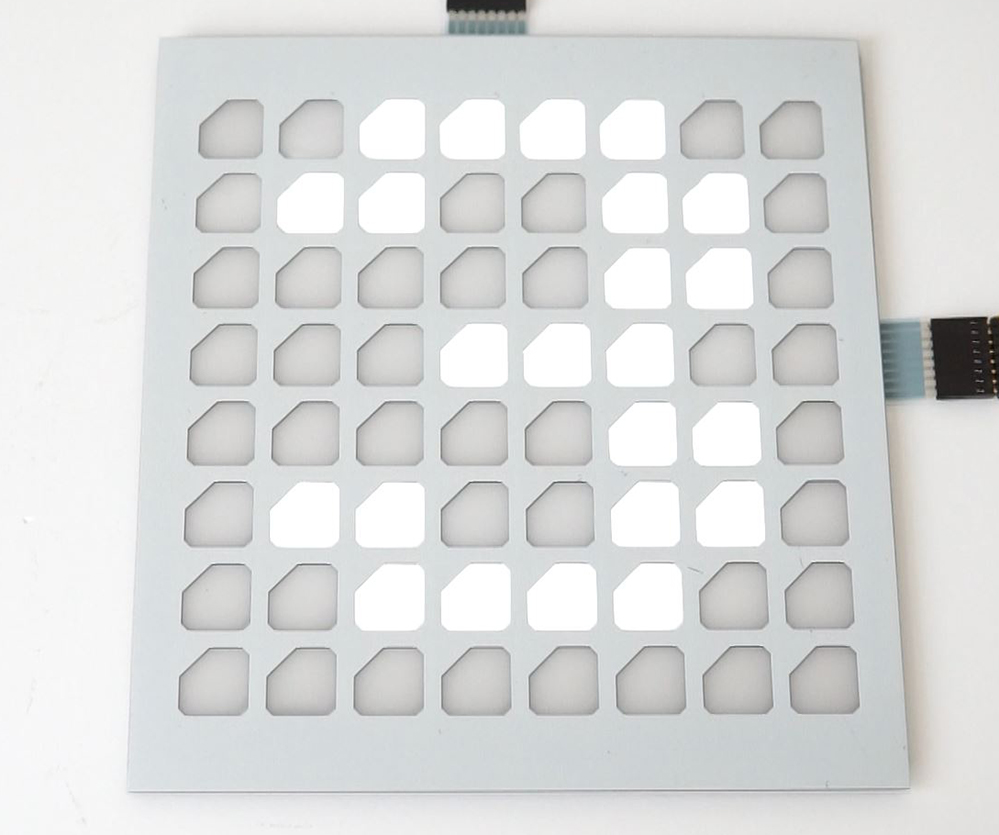 Back in the origins of the Design LED technology was the development of segmented back-lit displays, primarily for the LCD TV industry . 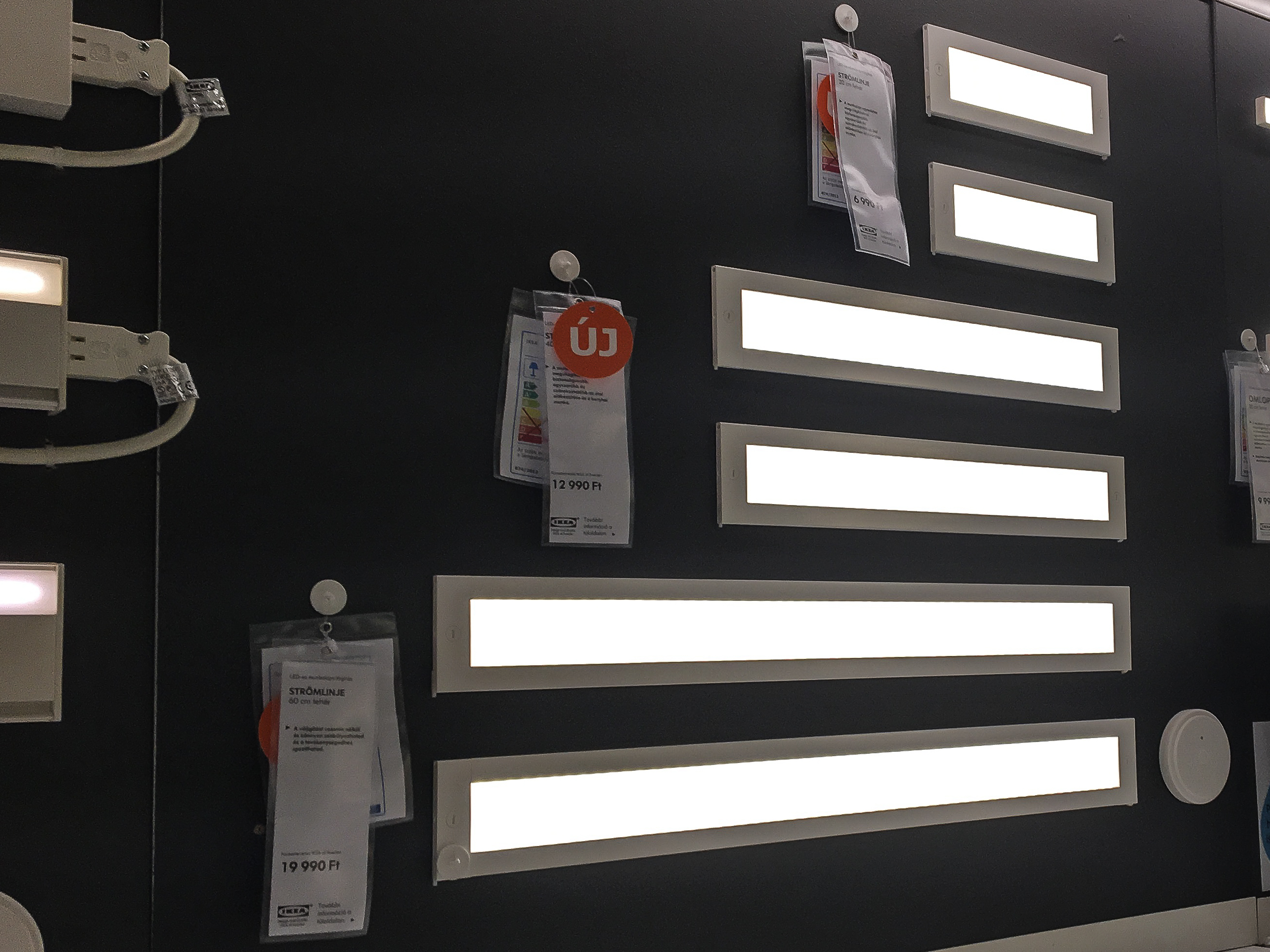 The light we are happy is here: STRÖMLINJE  LED worktop light.

We are proud to announce the fruit of our collaboration with IKEA: the STRÖMLINJE  LED lighting family with an OLED appearance light output.

For more information on the product visit IKEA. 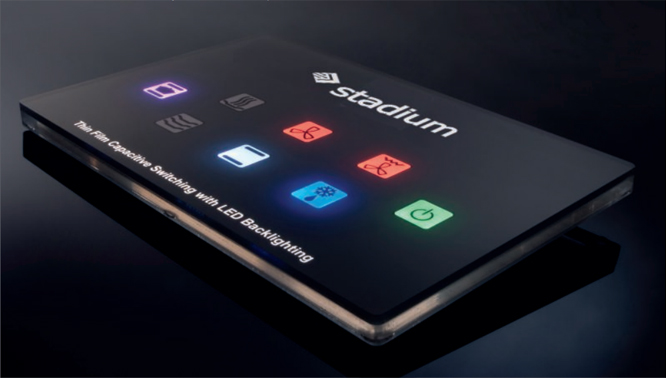 DesignLED’s license partner IGT-Stadium (now part of TT Electronics) have developed an exciting and versatile range of illuminated capacitive switching products based on Design LED Capacitive switching technology. A very interesting video of the products and evaluation kits (which are now available from RS Components) is available here.  The technical detail of the light-guide technology can be found in this link  and the products are available from RS online. 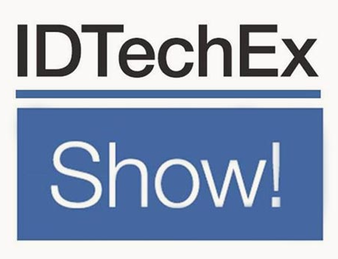 At DesignLED, we have developed flexible and extremely thin LED Light-Tile solutions for direct illumination and area lighting products in the global lighting market estimated to be worth $ 54.28 Billion by 2022 (Zion Market Research 2017). 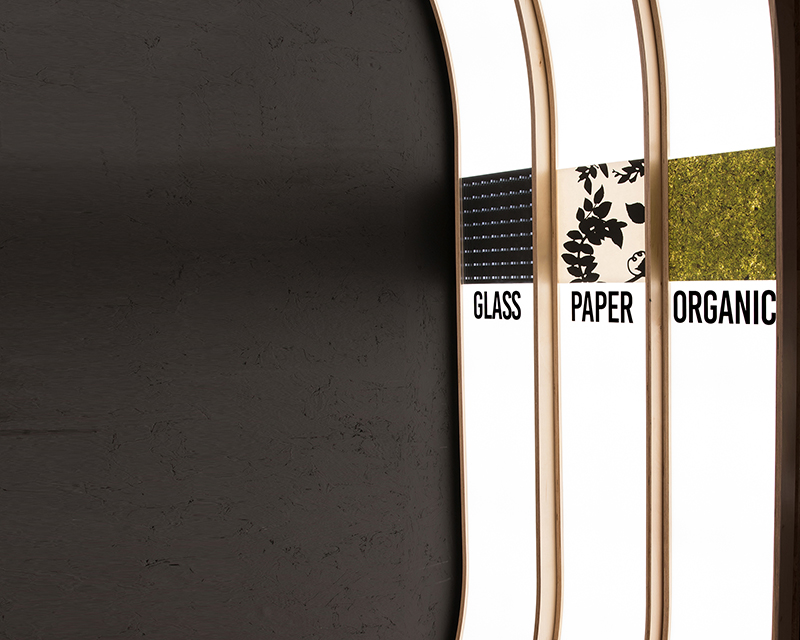 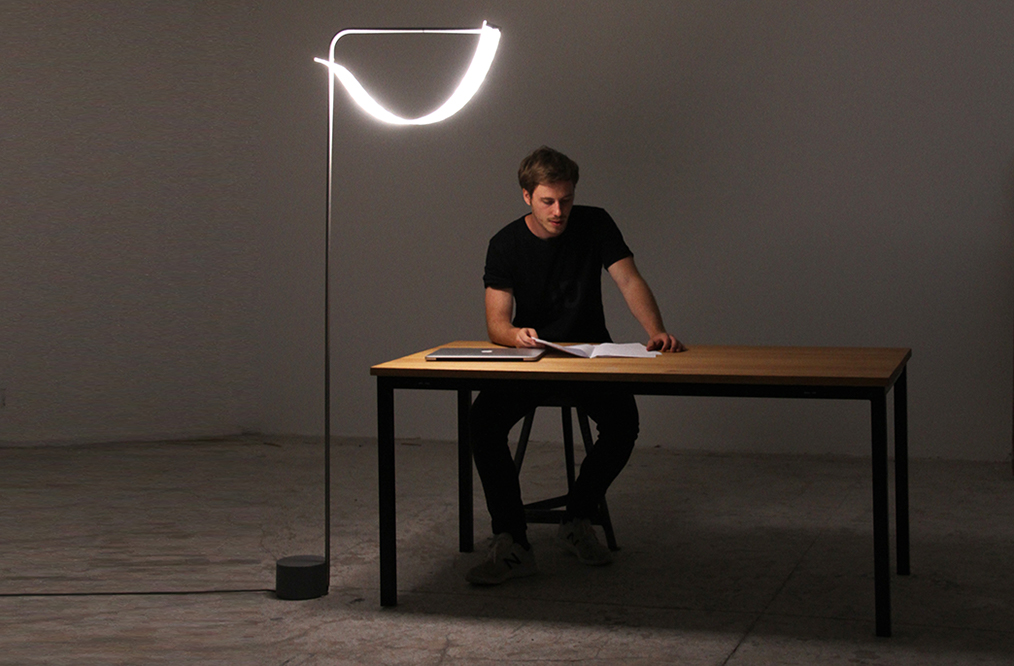 Challenge how you think of light and play a little!

Send us your ideas. 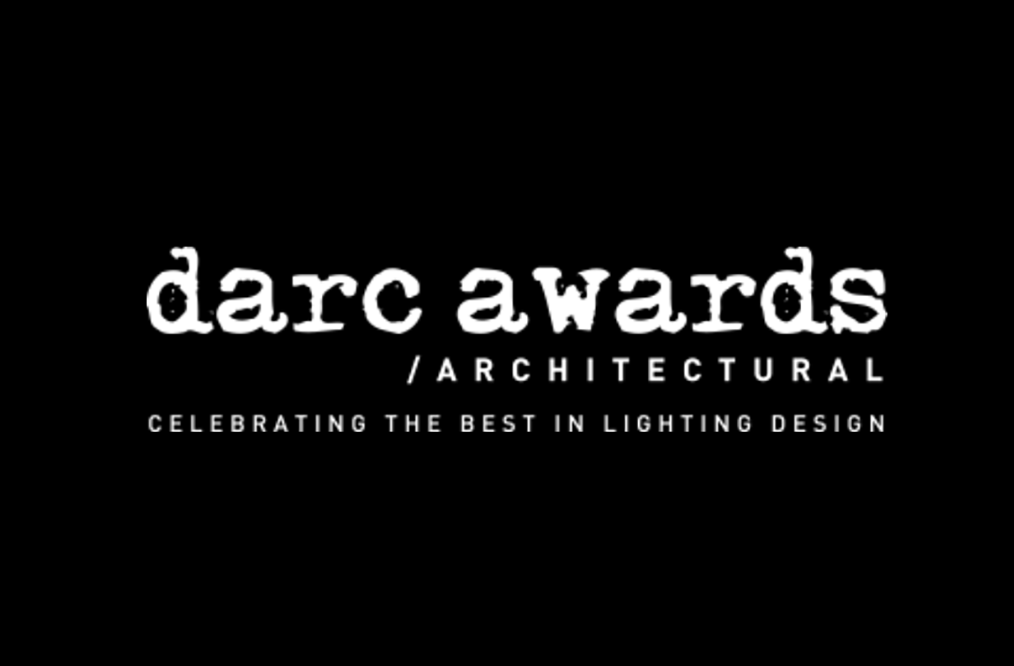 We’re proud to announce that our Morar Light Tile will be competing in the darc award 2017 for the coveted category of the KIT: Best Architectural Lighting Products – Exterior. 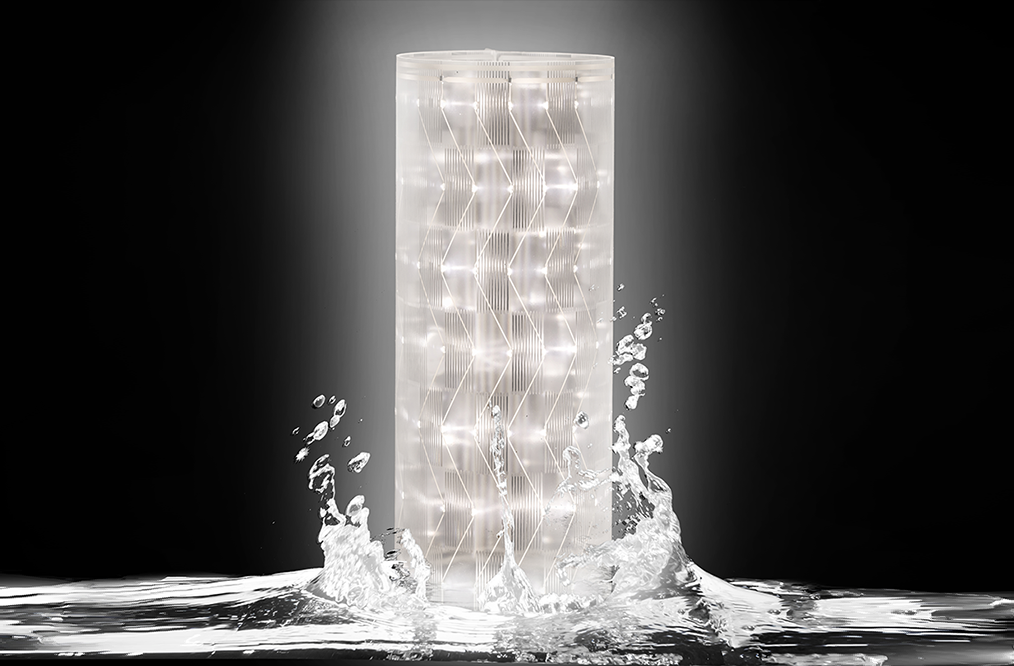 We are excited to unveiled the latest member of the multi award winning backlighting family, the Morar and we cannot wait to tell you about its fantastic product benefits. 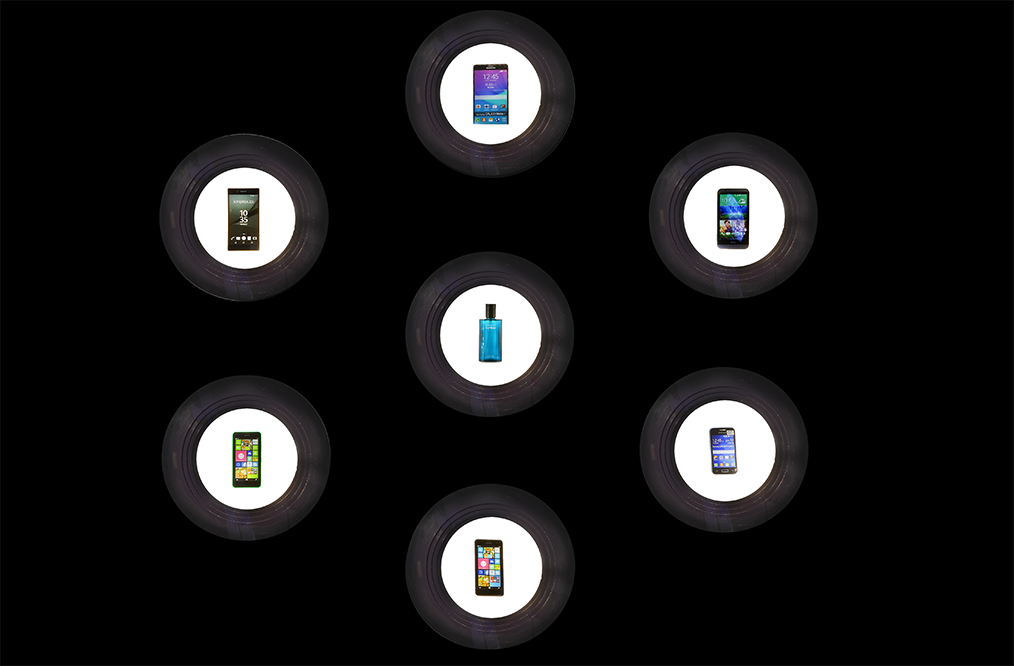 An appealing and modern lighting design is more present than ever before for high-street retailers. Lighting has become a much-appreciated design element in shopfitting to entice customers into the shopping world and ultimately maximise profitability of the store. Read more. 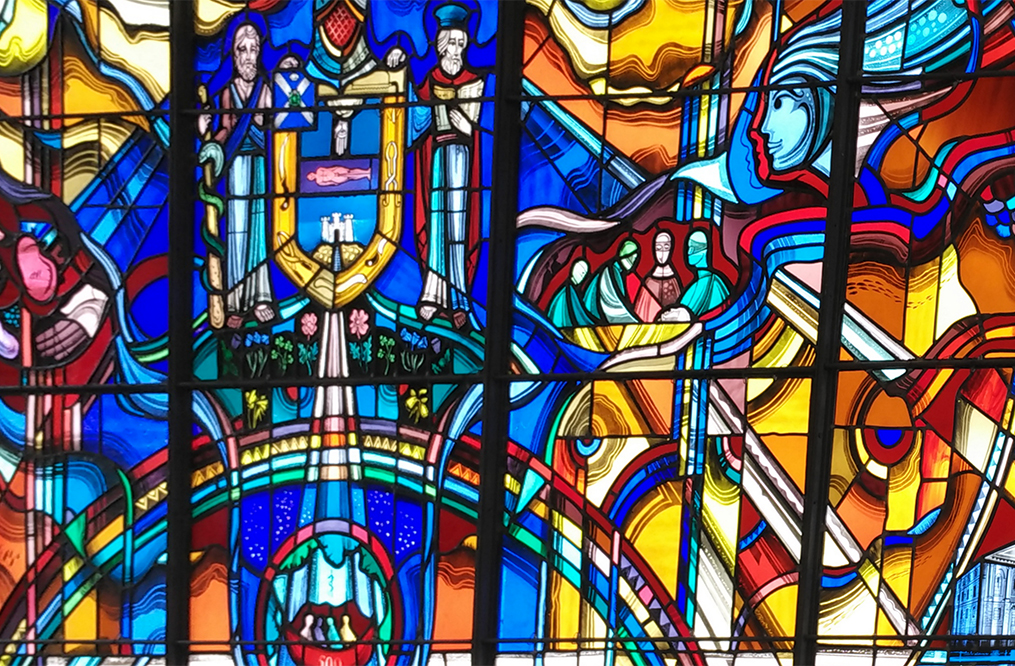 The ability to see through a physical element whether it be clear glass, sandblasted acrylic or a decorative voile fabric can create a dramatic effect on the overall perception of a space. Integrating light in to these surfaces creates a new dimension in Architectural lighting. 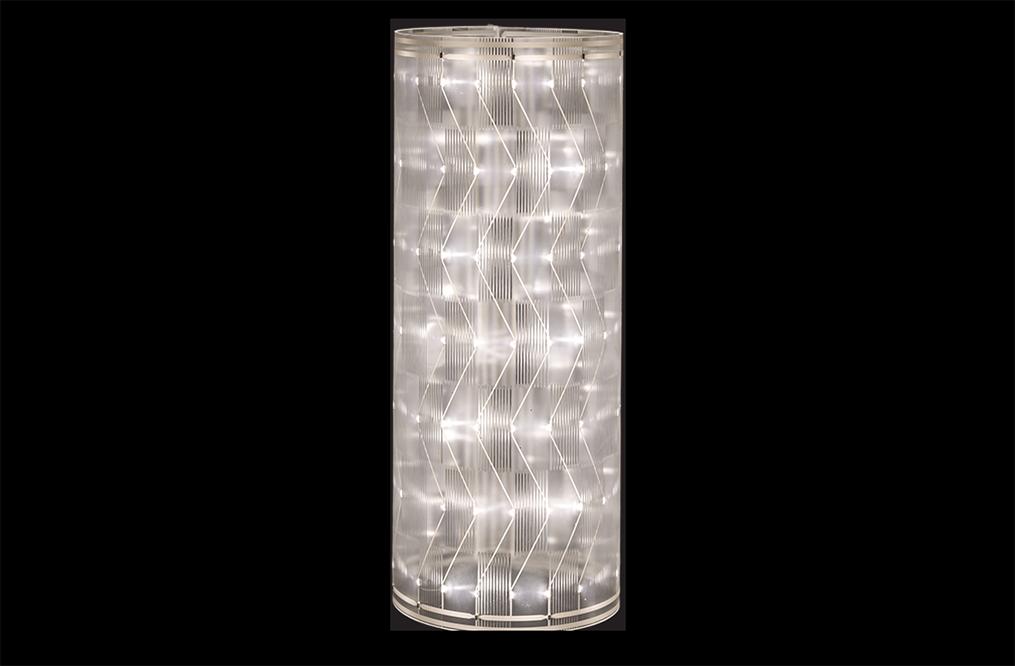 Are you prepared to be surprised by a new flexible lighting solution? We are excited to announce that our new backlighting LED module Morar is launching soon and we cannot wait to tell you about its fantastic product benefits. Get inspired and defy convention with DesignLED. 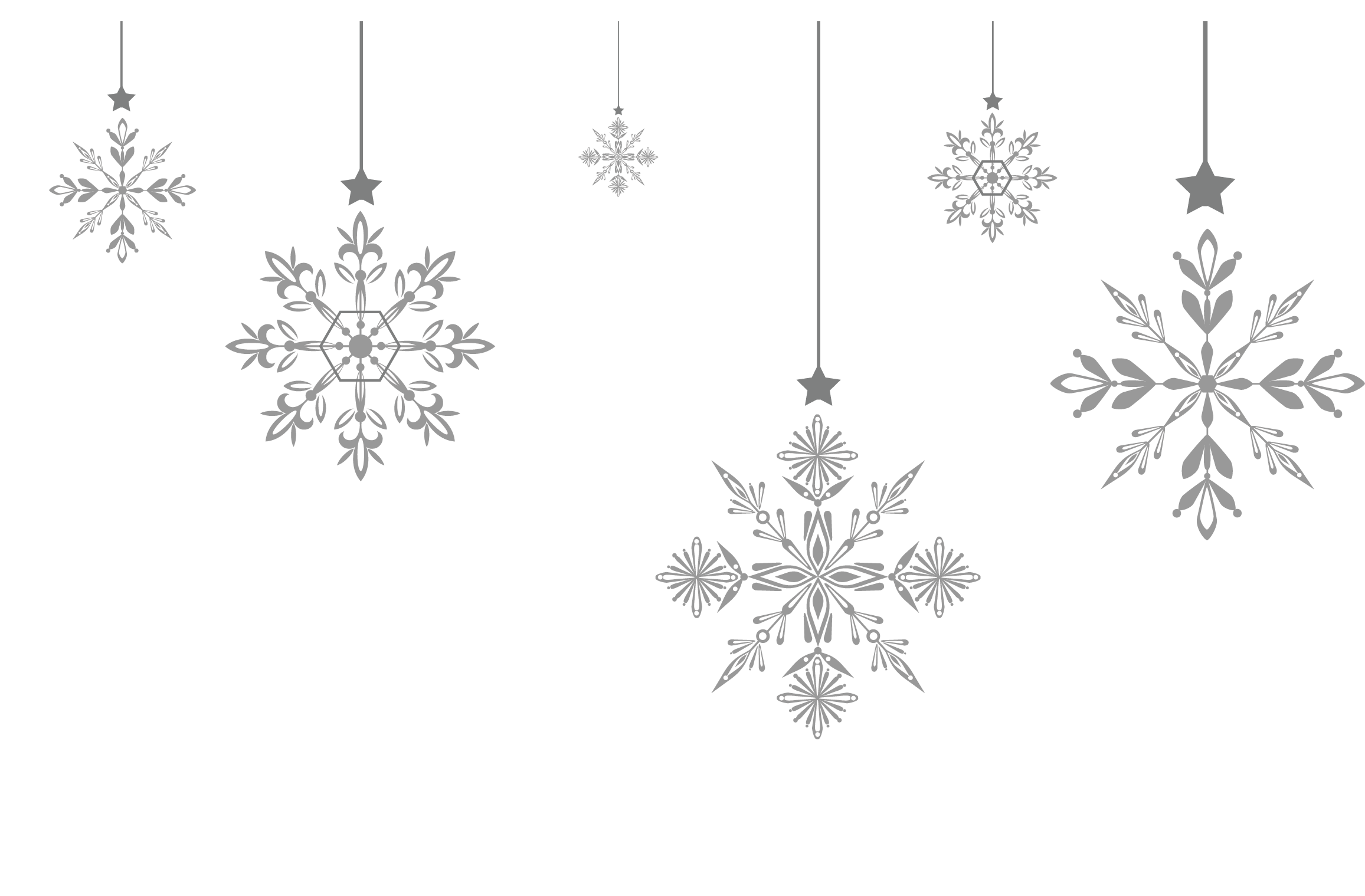 We would like to take this opportunity to thank all our customers for a wonderful year. The DesignLED Team wish you a Merry Christmas & Happy New Year. 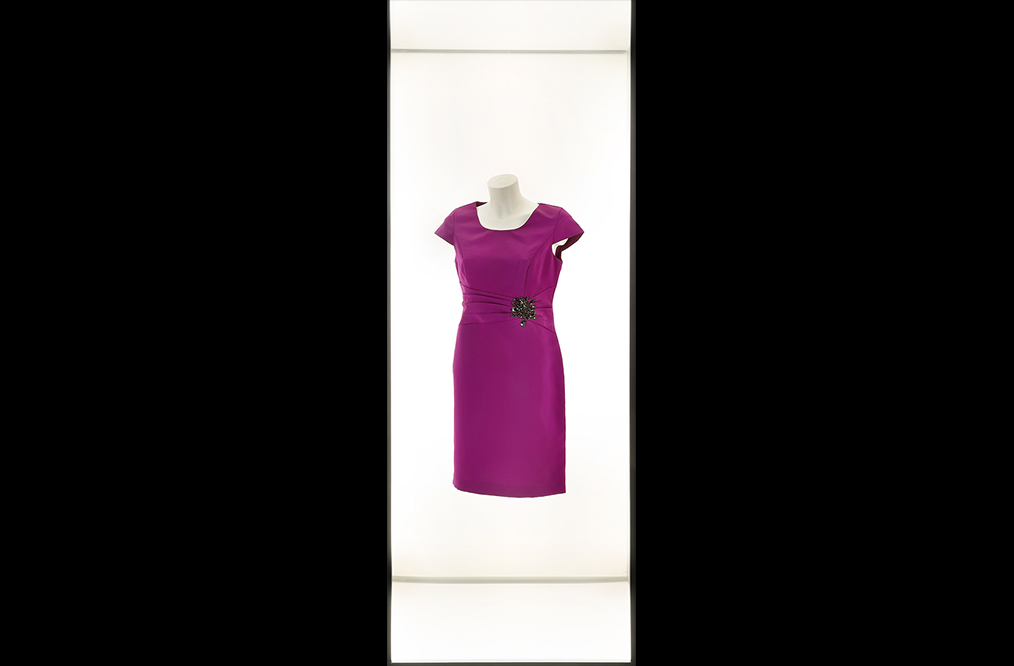 Attractive and eye-catching displays are the key to a store’s success, which can be easily utilised by creative lighting solutions. Create hype around your product or display by adding a touch of otherworldly magic that the retail market is known for. 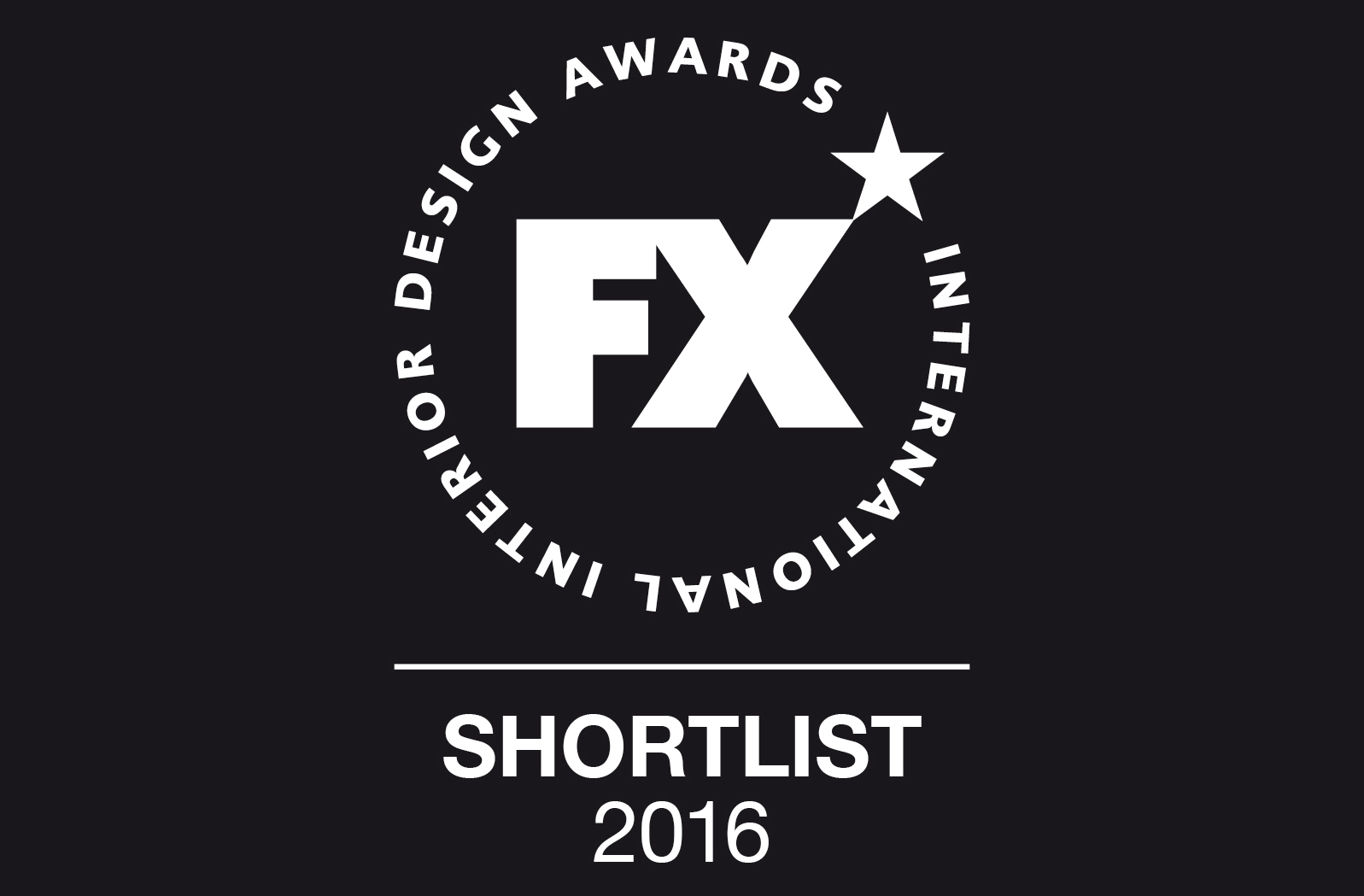 Our amazing Ness Outdoor has been shortlisted for yet another award. This time it is the FX Design Awards 2016 in the categories “Lighting Product” and “Product of the Year”. We are extremely proud to have our lighting solution shortlisted for such a prestigious award. We look forward to hearing the final results at the award ceremony, held in London on 30 November 2016. 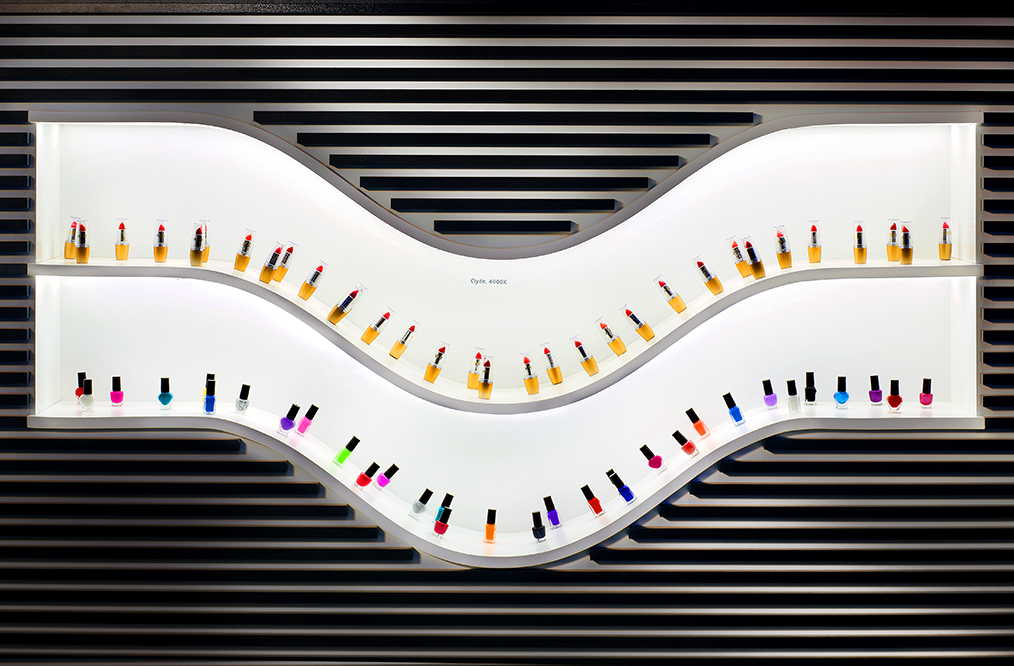 Setting up a beautiful, vibrant store design for high quality products plays an important role for architects and designers. The interior could make a difference between closing the sale or watching customers leave. Read more on how store owners can make sure that retail stores pack a visual punch. 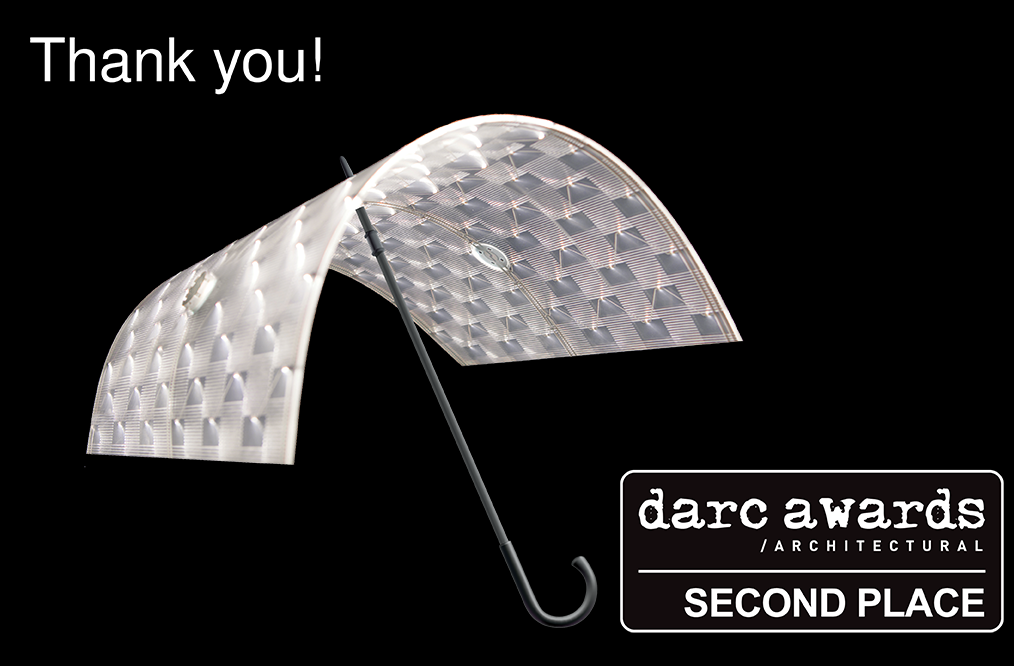 It is the second year of the darc awards and we are thrilled to announce DesignLED's continuous success in this prestigious international lighting design competition.

Each year the coveted FX Design Awards recognise and reward the best of interior products and projects. This year, we are excited to announce that DesignLED has entered the competition with two magnificent LED Light Tiles Clyde and Ness Outdoor in the categories Lighting Product and Product of the Year. 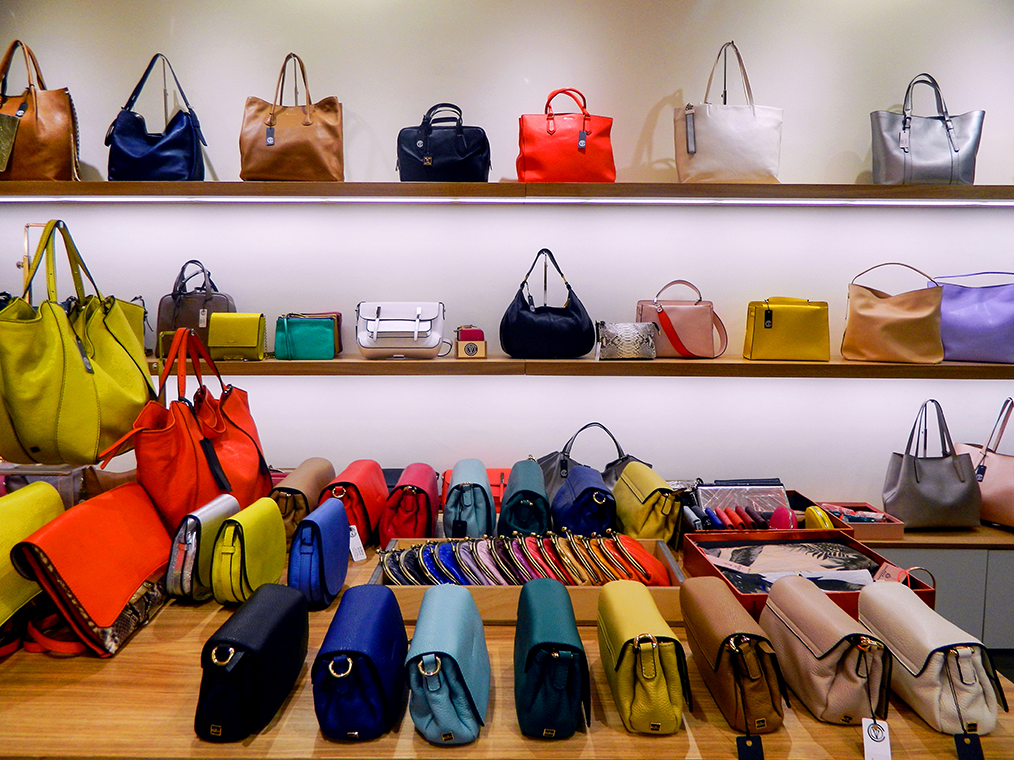 DesignLED has supplied the prime shelf lighting solution Edinburgh for the custom display wall system for the Covet boutique. 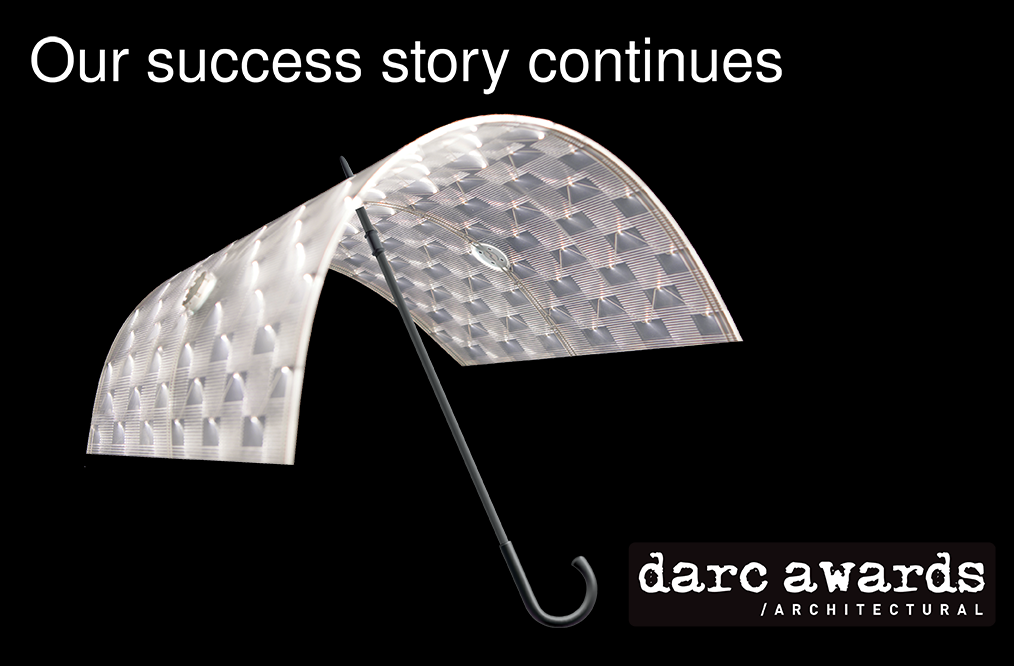 We are excited to announce that DesignLED’s Ness Outdoor Tile will be competing in the darc award 2016 for the coveted category of the Best Architectural Lighting Products – Exterior. Now it is your chance to realise you design dream and vote for us on the darc awards website.